A DOCUMENTARY SERIES BY THE INTERNATIONAL WOMEN* SPACE

In 2021, despite the Corona pandemic, we met and interviewed more than a dozen incredible women*. We explored topics ranging from migration, asylum, the post war and divided Germany, German Democratic Republic (GDR) and Federal Republic of Germany (FRG), colonialism, the Berlin Wall and its fall, reunified Germany, capitalism, socialism, European borders as well as 20th and 21st century wars.
We spoke with survivors of the Vietnam war, the war in Bosnia and the genocide in Srebrenica and those who fled wars in Afghanistan and Syria. We discussed racism, its causes and consequences and how its
legitimisation is only justified by a violent white supremacist mentality and discourse.Bpoc women born and raised in Germany spoke about structural racism and how it occurs in the specific German context and affects all institutions. A recurring theme was racist attacks, the murders of foreigners and/or foreign-looking people in the past decades in Germany.

We listened to the reasons and the paths taken by women migrating to Germany. Women who came as contract workers in the DDR and as guest workers for the BRD told us stories of segregation andisolation
reminding us of the current situation of people living in refugee accommodation. We also had the opportunity to historically understand in greater depth the policy of inviting workers from other countries in the post-war period. We heard stories of extreme resilience from women who crossed the Mediterranean, who were trafficked to Europe, of trans women who face discrimination, live under the threat of deportation but who continue to fight for the unconditional right to be here and to be who they are.

A common topic for most of us was the Refugee Movement in Berlin between the years 2012 and 2014 and how the Oranienplatz and Gerhart Hauptmann Schule occupations impacted individual and collective anti-racist and feminist struggles. We reminded ourselves how and why we started our organisation of migrant women during these occupations, how we met and formed International Women*Space (IWS) in a context of resistance. How, after the evictions, we joined forces with other women’s groups and created in 2015 the Alliance of international feminists* who organise two annual demonstrations — on the 8th of March, the women’s day, and on 25th of November, the day for the elimination of violence against women*.

This process of documentation is one more chapter in the history of our group IWS, which since its beginning has focused on researching and organising our stories as migrant women in Germany. We do this work with pleasure and with the conviction that we, as migrant women, have a lot to contribute to make this society free of racism and all forms of discrimination.

We hope you enjoy and celebrate as we celebrated every moment of this intersectional feminist and anti-racist documentation.

Dahye Yim and Heawon Chae are activists in the Korean community and in International Women* Space. Dahye researches gender and health. Heawon is a freelance journalist and has written in korean the book "No woman* is alone: What Feminism in Berlin tells us" (Mati publishing house).

Killa Kupfer und Shokoofeh Montazeri are co-founders of the Alliance of internationalist feminist in Berlin.

Sandra Bello is a black sapatão activist who was favelarized.

Carolina Belen Espinoza Barrera is a trans and sex work activist active in both Chile and Germany.

Bara Yasin and Mouna Aleek Both have fled Syria. Bara is studying chemistry at Humboldt University. Mouna is co-author of the book "This is my story" by the collective Polylog.

Jennifer Kamau (born in Kenya) is the spokesperson of the International Women* Space (IWS), an organization she co-founded in 2012. She is also an activist and researcher. In 2019, she initiated the Break Isolation Group (BIG) within IWS - a self-organized refugee women*’s working group that offers political education on self-organization and project development to women still in the asylum process.

Sharputa Alatrash fled Syria and is a trans and sex work activist.

(director/editor/camera) is film director, journalist and co-founder of the International Women* Space (IWS). Living in Berlin since 2008, she released in 2012 her feature documentary film “Residenzpflicht”, about the decade long self-organization of refugees in Germany. She is co-author of three books and has documented in dozens of videos the political organization of
migrants and refugees in Germany.

(project manager) is project coordinator of International Women* Space (IWS), the group she co-founded in 2012 in the former squatted Gerhart-Hauptmann School. She is also a co- founder of
the Alliance of Internationalist Feminists, organiser of two annual demonstrations in Berlin: on 8 March – Women’s Day – and the demonstration on 25 November – International Day for the Elimination of Violence against Women – since 2015.

(editor) studied Editing at the Filmuniversität Konrad Wolf Babelsberg. Since 2009 she has worked in Berlin as a freelancer editor and is member of BFS (German Editor Association). In her Filmography there are many documentaries and feature films, all shown in many international film festivals.

( Translator / production assistance) is a multi-disciplinary artist and researcher living and working in Berlin, where she completed a master’s in Political Economy of European Integration.

(Research) works in the field of civic education, her main topics are empowerment, feminist anti-racism and developing critical thinking skills for and with children. Her own activism stems from her family’s influential anti-racism work in Berlin and Germany. She studied the intersections of race, gender and class.

(Camera) born in Australia, is a photographer and filmmaker. She is a winner of the International 60 Second Dance Film Competition (Denmark/Finland), the Australian Dance Award for Excellence in Dance on Film, exhibited at SALON at CCP (AU), Best Film at FAD Film Festival (US), The Berlin motion picture festival (DE), the International portrait film festival(BUL), Best Music Video at the NIMA awards(AU).
Pippa’s humanitarian documentaries have evolved over the years with the NGO One Voice from remote villages in India to Nicaragua to Moria, a refugee camp in Greece.

(born in Australia) 2020/21 is a solo dancer at the Staatsballett Berlin. In 2019 Tara won the Helpmann and Greenroom Award for Best Female Dancer in Australia.

(production/research) is the spokesperson of the International Women* Space (IWS), an organization she co-founded in 2012. She is also an activist and researcher. In 2019, she initiated the Break Isolation Group (BIG) within IWS – a self-organized refugee women*’s working group that offers political education on self-organization and project development to women still in the asylum process.

(Translator / production assistance) Does something here and there and is actually an educator.

(Research/Accounting) is connected to Women* Space since the occupation of the
Gerhart-Hauptmann-Schule and is an active member of the International Women* Space (IWS) since
2020. She is an activist, lawyer, dancer. She is committed to intersectional feminism and against borders.

(Sound) has been working for years as a news cutter for several German TV stations and as a sound engineer for quite a few documentary filmmakers.

ABOUT THE INTERNATIONAL WOMEN* SPACE 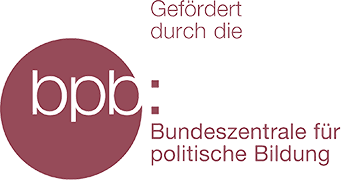 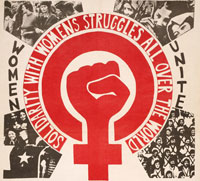 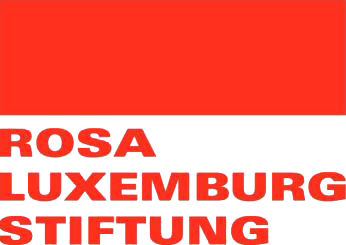